A slideshow: The Rolling Stones' 1967 encounter with psychedelia.

In this third installment, the irreverent intrepid Poppy Rice is back with not one but two cases, one in Ireland, the other in Boston, separated by thirty years but connected by DNA. Teaming with the inimitable Homicide Detective First Grade, Rocky Patel, Poppy sets out in search of truth and justice and instead finds herself ensnared in a web of political deceit, family intrigue, and some bad, bad guys as only Boston can produce. 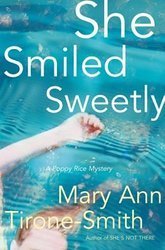 Buy at Amazon
Buy at Barnes and Noble
Loading…}