Meet brash FBI investigator Poppy Rice in the first of a winning series, a tense death-row drama. Poppy is in her DC apartment, a place with very little furniture and an almost empty refrigerator except for a big bottle of vodka and 6 little bottles of nail polish—nothing like a vodka tonic or a coating of ice cold nail polish on a hot, humid Washington summer night. It’s 2 A.M. and she’s suffering her usual insomnia so she watches hours-old news, an interview with the convicted ax-murderer, Rona Leigh Glueck, who in ten days will be the first woman executed by the state of Texas since the Civil War. Poppy pauses the picture at a close up of Rona Leigh’s delicate childlike hands. So maybe it was a lightweight ax. It wasn’t, and Poppy takes on the race against time to prove she couldn’t have done it and who did. 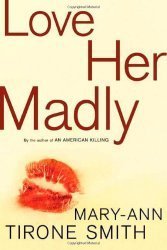