The Book of Phoebe

A heartbreaking and heartwarming, poignant and hilariously funny acclaimed debut novel of a young Yalie’s sojourn to Paris where she rekindles an old friendship with Marlys, now the Josephine Baker of her time—a star of the Folies Bergere. Marlys will take Phoebe in, help her figure out what to do about her pregnancy, and as well, find a way to understand Phoebe’s desperate struggle to come to grips with a tragic secret from her past which will free her to love—and live—in peace.

--“This first novel is Phoebe Caulfield’ own coming-of-age story, told in a voice one could easily imagine as the precocious sister of Holden. At least there is something more than faintly reminiscent of Holden's voice, with the achingly sensitive passivity replaced by a confident activism. But there is the old Caulfield impatience with phoniness, which, together with an adolescent awkwardness and gaucheness, provide much of the humor of this very funny book.” – Rebecca Goldstein, The New York Times Book Review. 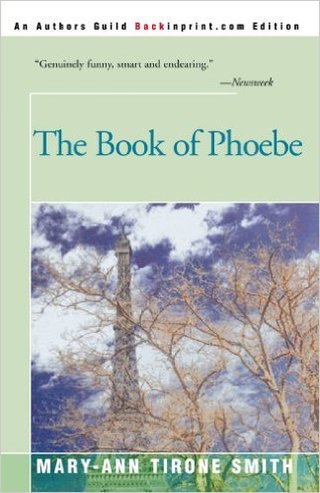